Enter your City name or Pincode

Kishangarh, the small town of Rajasthan, presents a vivid art and culture. The enriching artistic and cultural traditions of Kishangarh portray the ancient Indian, particularly the Rajasthani way of life. The scintillating arts and crafts and architecture glorifies the history enveloping the city of Kishangarh. 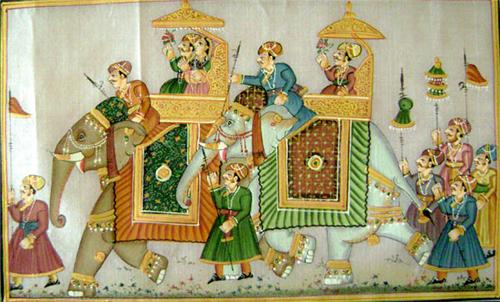 The distinguishing characteristics of this school were the precision and attention given in depicting individualistic features of the men and women, especially the facial beauty. Facial features were drawn with utmost delicacy and grace; such as elongation of human face and neck, thin lips, serpentine locks of hair, and long and deeply curved eyes with eyelids dangling downwards. The style of painting kindled religious intensity. The paintings depicted various events of epics and themes of gods and nature, such as from Krishna’s life, the Mahabharata, the Ramayana, or the beautiful panoramic landscapes.

History of Kishangarh School of Paintings 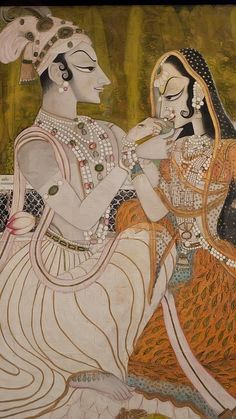 The school took shape and grew under the patronage of the king Savant Singh. An heir to the throne, he reigned between 1748 and 1757; and later left everything to become a hermit. It was at this time that the Kishangarh art reached the zenith. He was also a poet, and wrote under the name of Nagari Das. He was a pious man and followed Vallabhacarya sect, which is known to worship the lord appearance on Earth as Krishna, the divine lover.

He had an ardent inclination towards spirituality, aesthetics and religion. It was under his reign that the entire kingdom blossomed in devotional fervour and engaged in artistic production.  Albeit at the end of the 17th century, many competent styles of paintings analogous to the late Mughal style of art were being undertaken. But it was Savant Singh who induced the inspiration for the series of paintings on the Radha-Krishna theme.

It is said that Savant Singh fell in love with a lady who was employed as a singer by his stepmother in her palace. The real name of the lady is obscure, but came to be known as Bani Thani (“Lady of Fashion”). There are speculations that the facial features in the Kishangarh paintings have been modelled on her features. The master artist who channeled the astounding works and artistic passions of his patron into completely new visual outlook of images was Nihal Chand. The school lasted till the 19th century and in 1820, a series of paintings that depicted Gita Govinda were created.

Kishangarh School of paintings gave birth to a style of painting called Bani Thani. It is also popularly entitled as India’s Mona Lisa. It is a masterpiece creation by the great artist, Nihal Chand. It is being imprinted by the Indian Government on one of its postal stamps.

Bani Thani was a singer in the court of the king Savant Singh during the 18th century. Like him, she was also a poet. The king was enchanted by her beauty and exquisite elegance, and she soon became the king’s mistress. It is said that the king modelled as ‘Krishna’ and his mistress, Bani thani modeled as ‘Radha’, while Nihal Chand transformed their beauty in the form of a painting. Bani Thani turned out to be the legendary face of the “Kishangarh Radha”, an impeccable portrayal of the ideal beauty of Indian womanhood.

Are you a Business Owner?

Add the products or services you offer